Critics of liberal venue rules charge that bankruptcy districts are engaged in a “race to the bottom” as judges compete for blockbuster cases. Others counter that competition for cases improves efficiency and predictability as judges develop expertise in overseeing large Chapter 11 cases.

Recently, this debate has taken on practical importance. In the past three years, Congress has introduced multiple bills that would amend the Code to eliminate other opportunities for debtors to opt into the venue of their choice. Though these proposals have yet to receive a majority in either the House or Senate, they have attracted bipartisan support, and President Biden has signaled that he is sympathetic to bankruptcy venue reform.

Proposals to eliminate venue shopping, if successful, would effect a sea change in American bankruptcy practice. Instead of being concentrated in New York, Delaware, and Texas, large corporate reorganizations would be distributed more evenly across the country. Districts would become responsible for overseeing corporate reorganizations involving locally headquartered debtors regardless of whether the local bankruptcy judge has experience managing large dollar cases, and even if the jurisdiction has not developed procedures for quickly providing emergency relief.

Rather than take sides in the conventional debate about whether venue shopping is good or bad, this Article suggests reform principles that should appeal to those on both sides. Reforms that retain the benefits of choice while reducing the opportunities for harmful shopping should be favored regardless of one’s view about whether venue shopping is a large problem, a small problem, or no problem at all. Our proposed reforms would do exactly that. Moreover, they address a problem that has largely been ignored in the conventional debate: the rise of global forum shopping as an alternative for debtors seeking to initiate insolvency proceedings.

With regard to global forum shopping, this Article cautions that developments in foreign jurisdictions may limit the effectiveness of these venue reform proposals. Although chapter 11 is often regarded as the gold standard for corporate reorganizations, in recent years, foreign jurisdictions have emerged as convenient forums for distressed debtors. For instance, in many cases, the English scheme of arrangement now represents a viable alternative to the American bankruptcy system, and over the past decade, a number of companies have chosen to use an English scheme of arrangement to restructure their debt instead of chapter 11, with the first United States-headquartered business doing so in 2019. Other jurisdictions have also sought to entice foreign debtors, with insolvency specialists speculating that Singapore, in particular, could become a restructuring hub.

Because American bankruptcy courts freely recognize foreign insolvency proceedings, firms that are directed to file in less favored districts may instead choose to reorganize in a foreign jurisdiction. In this environment, attempts to limit venue selection within the United States may have the opposite of their intended effect, replacing domestic venue shopping with even worse global forum shopping. By ignoring the availability of global forums, current venue reform proposals could, perversely, drive opportunistic debtors and creditors to restructure in foreign jurisdictions like England, Singapore, Mexico, and the Netherlands, undermining the purpose of proposed reforms and diminishing America’s influence on corporate bankruptcy law in general. Any solution targeted at reducing opportunistic venue shopping must, therefore, also consider opportunistic forum shopping and treat the questions cohesively.

To address this, we argue that, rather than limit domestic venue choice, lawmakers should: (1) support the development of ex ante commitment to mechanisms for choosing venue and forum; and (2) whenever possible, resolve inconsistencies in substantive law across venues and forums. These are general principles of reform, and the implementation will depend on context. For example, commitment mechanisms look different for venue than they do for forum. But, if designed properly, these measures can reduce the costs of venue and forum shopping without giving up the benefits that come from allowing some choice of venue and forum.

Many existing venue reforms would eliminate both good and bad venue shopping. For example, forcing debtors to file in their local districts would prevent opportunistic venue shopping designed to skirt regulatory obligations and benefit incumbent management, but it would also prevent debtors from availing themselves of judges who have experience resolving large and complicated cases or avoiding local biases that distort cases.

The precommitment device we propose would allow parties to retain the benefits of choice while eliminating the incentives for opportunistic shopping. Allowing debtors to precommit to a mechanism for choosing venue would accomplish this goal. The idea builds on the work of Professors Robert Rasmussen and Randall Thomas. In 2000, they proposed allowing a debtor to precommit to a specific venue in its corporate charter.

Their proposal has clear advantages over the current system. If firms can precommit to a bankruptcy venue, then other stakeholders will push them to choose efficient venues and pay a premium (in the form of reduced capital costs) to firms that do. That preserves good venue competition because ex ante (before their litigation positions are set) all stakeholders who can bargain freely prefer efficient venues with expert judges that maximize the value of the estate.

There are, however, several drawbacks to their proposal. The first is rigidity. Sometimes the situations of the stakeholders change. And many stakeholders enter their relationship with the debtor at different points in time. Moreover, an ex ante choice leads to uncertainty as a particular venue can become more or less attractive after a firm has precommited to a venue. To the extent the parties negotiated a venue choice based on the expertise of a particular judge or the efficiency track record of a particular venue, that decision may become outdated. Judges may retire or districts may become backlogged. New precedents may make a formerly attractive venue inconvenient. In short, as venues compete for excellence, new choices will become optimal. When any of these things are true, the debtor and the stakeholders might all prefer to negotiate to a new venue choice.

Rasmussen and Thomas foresee this objection and propose that the debtor be allowed to change venue commitment by amending its charter with the consent of a majority of its creditors and shareholders. The problem with that proposal is that it creates an arbitrarily high bar that would make it extremely difficult to change from the originally chosen venue. Each group—management, creditors, and shareholders—would have an effective veto over amendment.

And this creates problems of its own. Veto rights provide an opportunity for strategic hold out. Out-of-the-money shareholders would likely object to any attempt to switch to an efficient forum without some payoff. Or management may collude with a majority of creditors and shareholders to extract value from the minority. In other words, a sticky default rule creates a holdup right that can be abused by strategic stakeholders.

Perhaps the voting rule Rasmussen and Thomas propose is sensible. But there is no reason to think it is optimal. And even if it is optimal in some cases, stakeholders and firms are heterogenous. A voting rule may be appropriate in one situation or for one firm but not in another. Because of these differences, it is likely that the optimal system would allow for different choice mechanisms tailored to specific firms.

Recognizing this, the precommitment to a default venue becomes less important than choosing the right voting rule or choice mechanism to alter the original choice. But it is difficult for lawmakers to identify the perfect choice mechanism, and no one rule can fully eliminate the threat of self-interested action at the time of filing.

That is why we propose that parties precommit not to a venue, but to a mechanism for choosing (and later amending the choice of) venue. Just as the ex ante market players can efficiently assess the value of venue options, those market players might also better assess potential hold-up threats associated with locking in a venue choice.

In this way, debtors would stipulate to venue-choice rules in their charter (or some other public document). They might choose a default rule subject to majority voting or supermajority voting; they might set their initial choice in stone; or they might opt for the status quo in which debtors are given wide discretion to choose the venue. The point is that the debtor precommits to the rule, and because the commitment is public, the creditors will price that rule into their contracts with the firm.

A debtor that precommits to a selection mechanism is not forced to lock into a venue that may become inconvenient if, for example, judges retire or circuit precedent changes. And that debtor can be expected to allocate the voting rights to minimize the likelihood of ex post value destroying hold-up because doing so will lower its cost of capital. 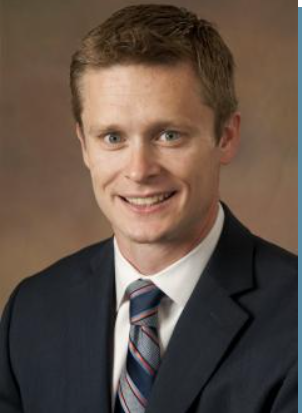 Is Professor and Deputy Dean at University of Chicago Law School 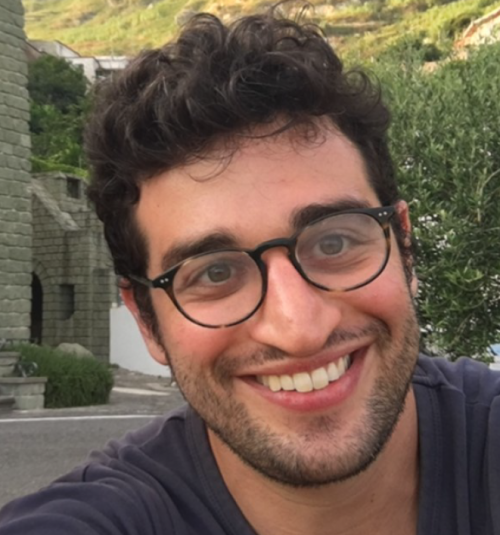 Is assistant professor at the University of Chicago Law School

SPECIAL ISSUE PREVENTIVE RESTRUCTURING 7. The PRD 2019 in Denmark: There is a First for Everything
Line Langkjær

On 9 June 2022, the Danish Parliament adopted amendments to the Danish Bankruptcy Law in an effort to implement the PRD 2019. While the Directive provided the legislator with a possibility to amend the existing restructuring procedure completely, the Danish legislator refrained from doing so. In general, the legislator implemented only what it had to impl...
praktijk

Why is the decision important? For the first time, the Supreme Court has considered whether there is a common law duty on directors to act in the interests of creditors when a company faces insolvency, but is not yet in an insolvency process (the so-called twilight zone) (the Creditors’ Duty). Unanimously agreeing that such a duty does exist, the judgmen...