Why is the decision important?

For the first time, the Supreme Court has considered whether there is a common law duty on directors to act in the interests of creditors when a company faces insolvency, but is not yet in an insolvency process (the so-called twilight zone) (the Creditors’ Duty). Unanimously agreeing that such a duty does exist, the judgment provides important guidance on when that duty arises and what it requires of directors.

What were the facts?

In 2009, a company, AWA, paid a substantial dividend of nearly all its net assets to its parent company, Sequana (the respondent). The company existed to pay a future environmental liability (the exact amount of which was unknown, and therefore a contingent liability) in respect of pollution clean-up costs. The dividend was paid in accordance with the Companies Act 2006 and the company was solvent at the relevant time.

What do I need to know?

The Supreme Court unanimously dismissed the appeal, finding that the Creditors’ Duty had not been triggered and therefore the dividend was lawful. There are five different judgements from the Justices, the leading judgment being given by Lord Briggs.  The judgments agree on some points and not on others. Although the decision intentionally leaves some issues unresolved, the law has been clarified in some key respects:

What should directors do if a company is facing insolvency?

There are many practical steps that directors should consider taking. In her judgment, Lady Arden emphasises the importance of directors staying informed, maintaining up-to-date accounting information, and ensuring they are alerted if cash/asset reserves deplete so that creditors risk not being paid.

Directors should always take careful notes of decisions taken and the reasons for them. It is always prudent to seek professional advice promptly. Directors’ duties – and the risk of potential liabilities – is an evolving, complex area of law. Engaging advisers at the earliest opportunity provides the best opportunity of rescuing the company and of directors avoiding liability. Any member of our financial restructuring and insolvency team would be happy to discuss this further. 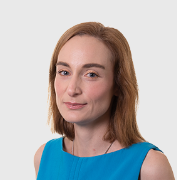 is a Senior Knowledge Lawyer at Norton Rose Fulbright LLP